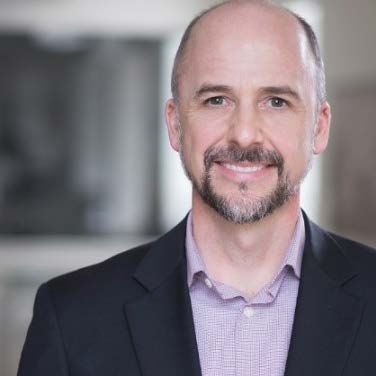 The world is consuming more farm-raised seafood and Canada is on the cusp of being a global leader in providing this healthy food that is safe, secure and sustainable.

But the surge in demand for salmon as Canada's favourite seafood has also spawned a surge in misinformation about salmon farming that puts at risk this key driver of economic growth in coastal communities.

There is an important conversation going on about best approaches to develop salmon farming along Canada's ocean coasts but stories like a recent Globe & Mail opinion piece titled “The state of Canada's beloved salmon has become awfully fishy” provide little service to the public interest as the story replaces facts with fictions by ignoring peer-reviewed science in favour of unproven activist rhetoric.

The author's new book Salmon Wars is a flawed misrepresentation of a highly innovative aquaculture sector essential to feeding Canadians and the world. There is a war being waged by activists against science. The activists would prefer decisions be made based on politics, anecdotes and shameless misrepresentations and this book delivers by basing its arguments on factoids pulled from the shocking news headlines and discredited old studies.

The opinion piece describes an operating environment around ocean farms and the fish raised within that no salmon farmer on either of Canada's coasts would recognize. Farmers know that pristine marine cage conditions are essential for high-quality salmon. Farmers keep stocking densities low. Salmon actually occupy less than 4% of a marine cage with open water taking up 96% of the space so fish can mimic natural schooling patterns. Farmed salmon are also fully traceable from egg to plate unlike some options outside Canada.

Salmon farmers on both coasts comply with federal and provincial regulatory requirements including the Fisheries Act, the Aquaculture Activities Regulations, the Canadian Environmental Assessment Act, and provincial Aquaculture and Land Use legislation. Farm locations are carefully selected to ensure that sensitive species and habitats are protected. Farmers use underwater cameras to best deliver feed, they carefully monitor the ocean bottom, and, like a farmer's field, sites are given time to rest before being harvested again.

Any salmon farm operating as portrayed in the opinion piece would be closed down, and quickly.

A second glaring misrepresentation involves the survival of farm-raised salmon. While large-scale dies-offs are rare but upsetting events to farmers, they are most often caused by naturally occurring environmental pressures such as harmful plankton blooms or low dissolved oxygen. In BC, the science on this issue shows that less than 1% of farm-raised salmon deaths are due to disease that may also be infectious to wild Pacific salmon.

Likewise, the article offers up misleading comparisons for the annual mortality rates of farm-raised salmon, stating that 15 per cent, far exceeding the […] 5 per cent for chickens.” The numbers are accurate, but the context is flawed as salmon live in a farm 1.5 to 2 years while a broiler chicken is on a rotisserie within 45 days. Apples to oranges - salmon to chicken.

The authors also reference BC's Discovery Islands as an example where government “refused to renew licenses of 19 farms deemed a threat to Pacific salmon” but they ignore the fact that decision was overturned by a federal judge earlier this year because the former federal Fisheries and Oceans minister committed a “breach of procedural fairness” for not providing a reason for the closures, ignoring the science on the issue and even her own scientists.

That worrisome trend continues today as the House of Commons Standing Committee on Fisheries and Oceans gives a place of influence to politically connected activists to hold court on the future of aquaculture and bash science and spread unsupported conspiracies about the work of respected scientists. Of 49 witnesses who will appear before the Committee, not one is a fish health veterinarian who can share real insight on the issues.

Salmon farming in Canada is an essential and growing industry that provides millions of people with food security and healthy nutrition and thousands of Canadians with jobs. It is accelerating innovation across all aspects of its operations as one of the world's most sustainable forms of food production. Our national performance commitments show our determination to lead on sustainability and we will continue to work with stakeholders to transparently articulate our accountabilities.

It is “fishy” indeed that this amazing natural resource where Canada leads must constantly fight against activist misinformation when the science is clear on its value to Canadians.